My Husky Relaxing In The Back Yard 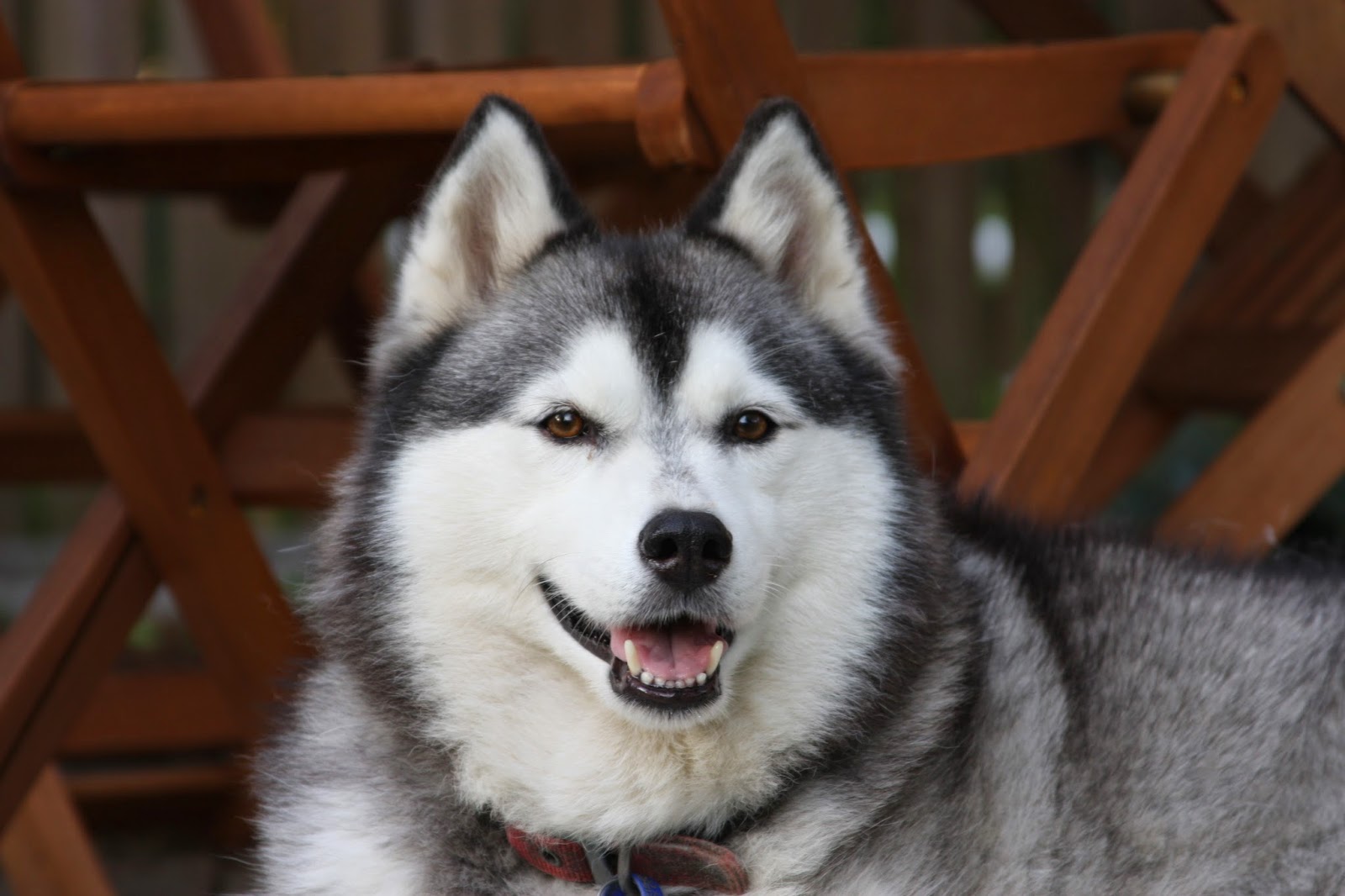 My Siberian husky loves to play and relax out in my backyard. He loves to run with me in the backyard. I let him off of the leash and let him run around freely. If you run with him on the leash then he will pull you too hard, because he is a sled dog.

When he runs it is so cute his ears show how happy he is and he wags his tail nonstop. Unlike most huskies, my Siberian husky doesn’t like to dig holes in the dirt. He would much rather run and jump with me when I throw his favorite ball around.

If I throw the ball and send him to fetch it he brings is back to me. He likes to look up and stare at the birds in the air. Sometimes he runs and chases them because he wants to play. If he sees a Sandhill crane, he runs after it to attack. When he was a baby, he was scared of the cranes as he grew older he wants to attack and play with them but I don’t let him near them.

He also likes to run around the trees and hide behind it until I come to chase and find him. Before I bring him back into the house, he waits for me by the door.  I always wipe his feet with puppy wipes so that he doesn’t track dirt into the house and he allows me to do it. He won’t run away or stop me from cleaning him. He also won’t walk into the house without wiping his paws.

He is a very spoiled dog. As soon as he comes into the house after playtime outside, he goes straight for his water bowl and then he throws himself down on the kitchen floor and cools down from all the running and jumping.

Siberian Huskies are beautiful and proud. They are commonly bred as sled dogs, due to their remarkable willingness to perform and their unbelievable endurance. With their outgoing and agreeable personalities, they make wonderful family pets and are, also, commonly used as therapy dogs. Huskies are active, medium-sized dogs that are quick on their feet and graceful in their motions. Due to their origins in colder climates, they have some of the thickest coats of all dogs. Their coat is comprised of a thick, dense undercoat with a coarse, longer top coat. The AKC ranks the Husky as the 13th most popular dog breed. 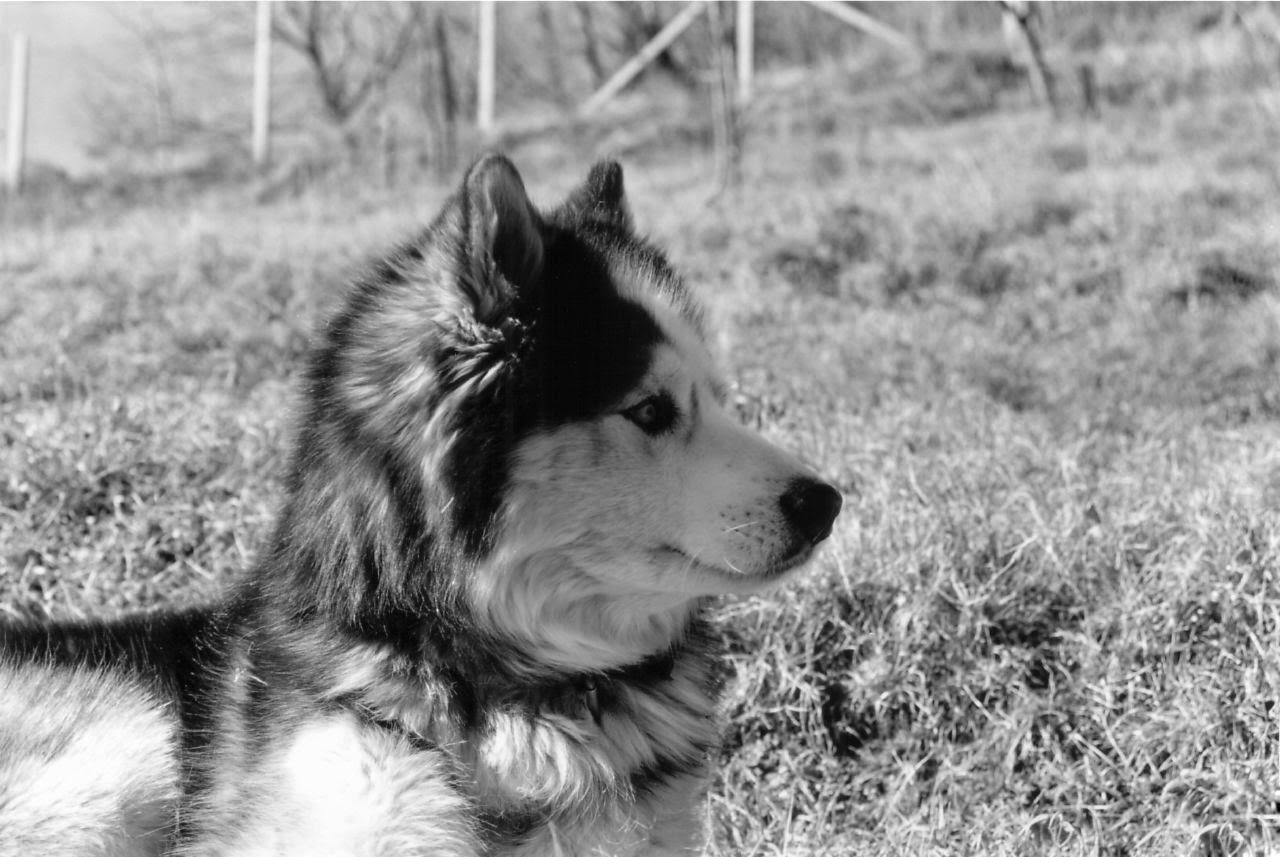 The Siberian Husky is an adaptable, friendly, and loyal companion. Whether you have your husky relaxing in the backyard, taking a nap on your couch, or walking with you through the neighborhood, their loyal, mischievous, and outgoing personality will shine through.

Some of the more common Husky personality traits are:

Siberian Huskies are loving and are particularly content when they're part of a family, including those with children and other dogs. They can get quite lonely when not with their family members for long lengths of time.

Some Husky temperament traits are:

The Husky is a beautiful dog and can be found in many different colors and markings. According to the breed standards, there are six standard colors.

The Siberian Husky has a thick coat. They are very clean dogs that maintain good hygiene, but should be brushed on a weekly basis. Even on the coldest of days, you may find a husky relaxing in the backyard. In some climates, their dense undercoats and long topcoats allow them to be comfortable on even the coldest of days. Huskies have compact bodies, furry, brush-like tails, and ears that are erect.

The lifespan of a Siberian Husky is generally twelve to fifteen years. As a breed, they're known to be very healthy. 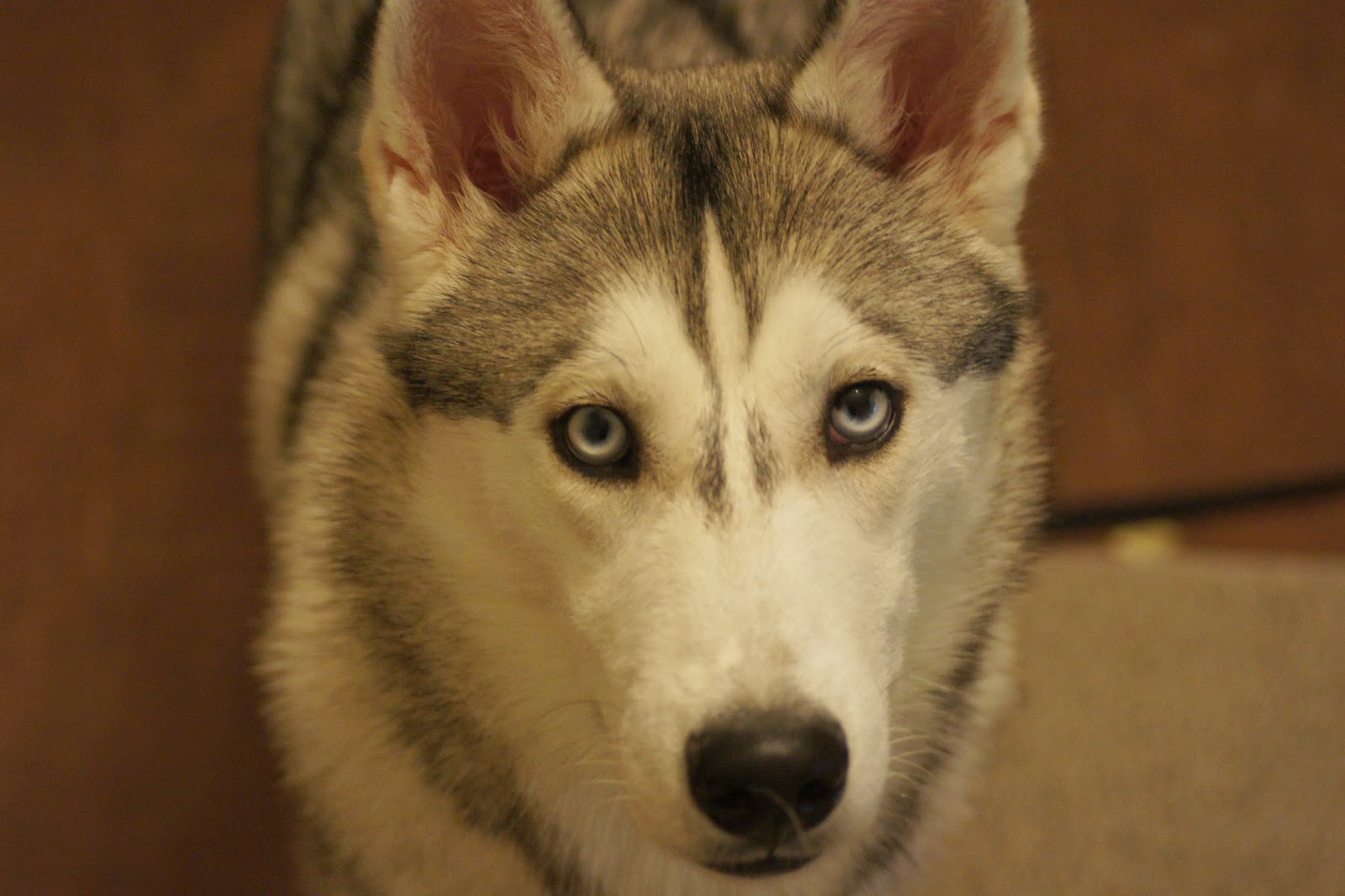 One of the most frustrating aspects of caring for your Siberian Husky family member can be keeping them in the yard. Many Huskies are Houdini-like, expert escape artists and must have fencing that's been partially buried in the ground, at the fence line, to keep them from digging out. Huskies love to run and should always be kept on a leash when not in a fenced-in area. They need, at least, 30 minutes of daily exercise and make wonderful running partners. Before deciding to take your Husky for a run, however, make sure that the temperature isn't too high for them. Because of their thick coats, it's easy for a Husky to become overheated. They should be fed a high quality dog food at each of two daily meals.

- Make sure your Husky can't escape your fence
- Daily exercise is necessary for their health and emotional well-being
- Leashes should be used when not in a fenced-in area
- Don't run with your Husky if the temperature is too high
- Feed high quality dog food twice a day
- Regularly brush your Husky's teeth
- Brush their thick coat, at least, once per week

The Siberian Husky is a loving, affectionate, and loyal dog that would make a great addition to any family. Their intelligence and wonderful personalities make them adaptable and a great fit for many different situations.