Here is My Sleeping Husky 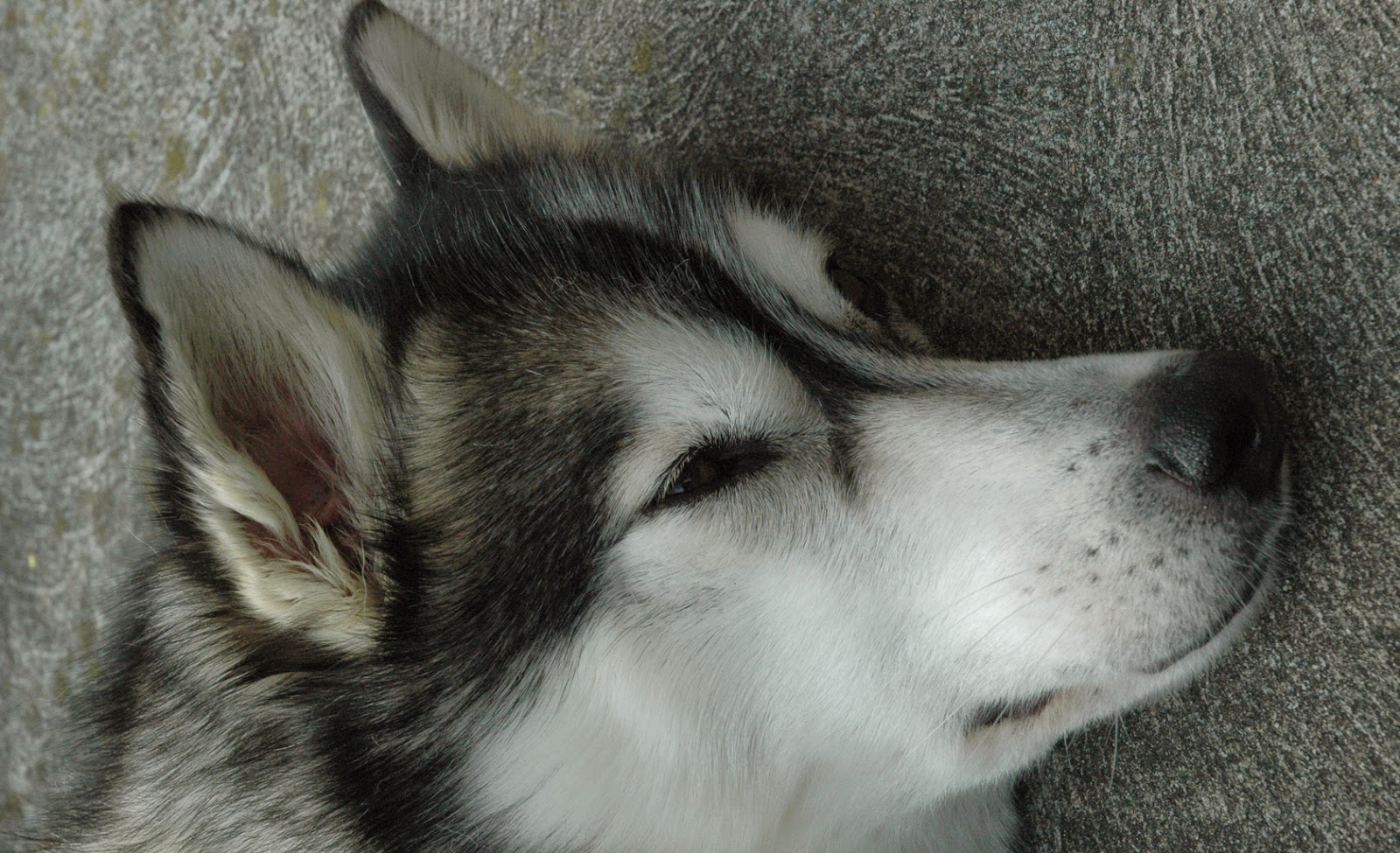 My Siberian husky is sleeping. He loves to sleep. When he is ready to sleep his eyes turn really red. He would go straight to his cage and sleep with the door open. Sometimes he would squeal in his sleep from having dreams.

If he is scared of something he would come and sleep on my lap. Sometimes he runs into my room and hops up onto my bed and sleeps on the edge of the bed. Sometimes he watches cartoons too. He watches mickey mouse while laying on the bed and plays with his toys. 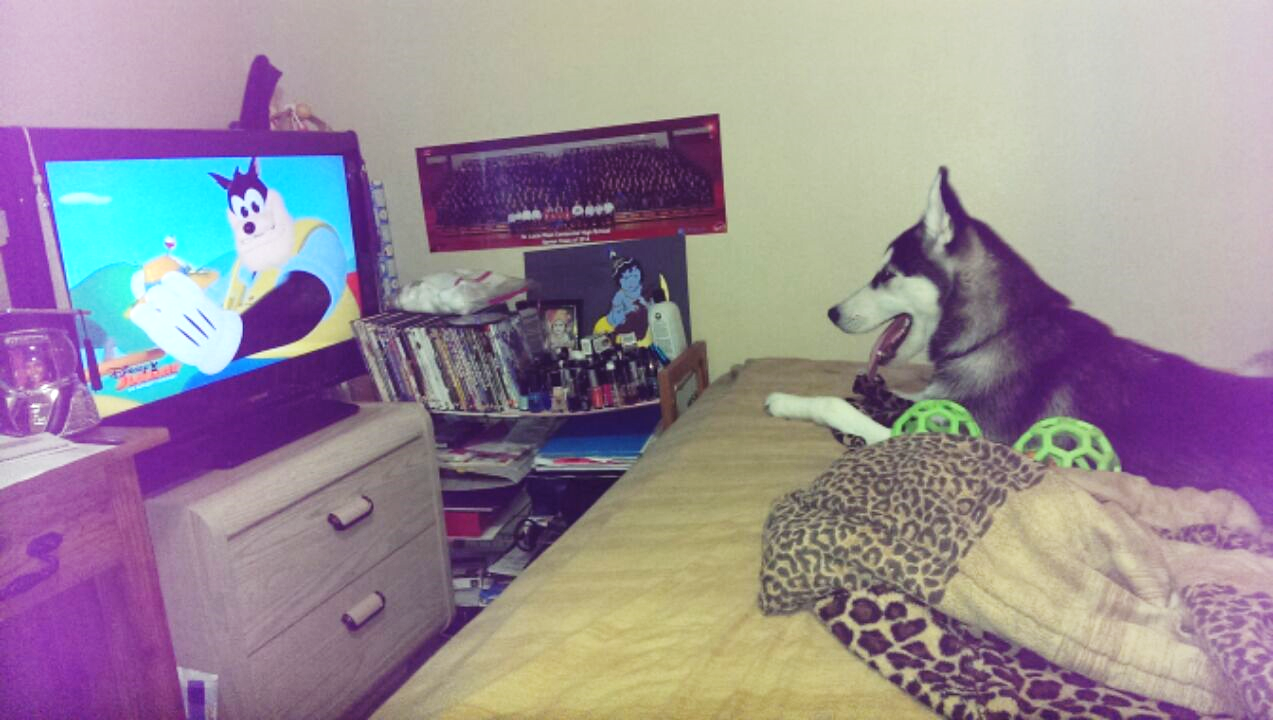 For The Best Pet Beds Check These Out!


He is very well behaved. He likes to sleep on the tile in front of the front door of my house. He sleeps for hours there. Sometimes he plays with his toys and looks out the window to watch the cars pass by on the street. If I take him in the front yard he pulls to sit on the edge of the driveway to see kids get off the school bus in the afternoon down the street. He also loves to chase bugs.

As soon as he sees my neighbor he pulls to go to her driveway so that she can pet him. He likes to play with other puppies in the street, he is so friendly with other dogs. My Siberian husky does not bark only if he sees someone he doesn’t know. He only howls when he is happy. Whenever I come home from work he howls and wags his tail.

He gets very excited because he wants to play and have some fun. He also gives big wet slobbery kisses whenever I come home. He is now learning to jump up onto your shoulders and give hugs. Here is a picture of my Siberian husky watching Mickey Mouse on TV as he is sitting on the edge of the bed. 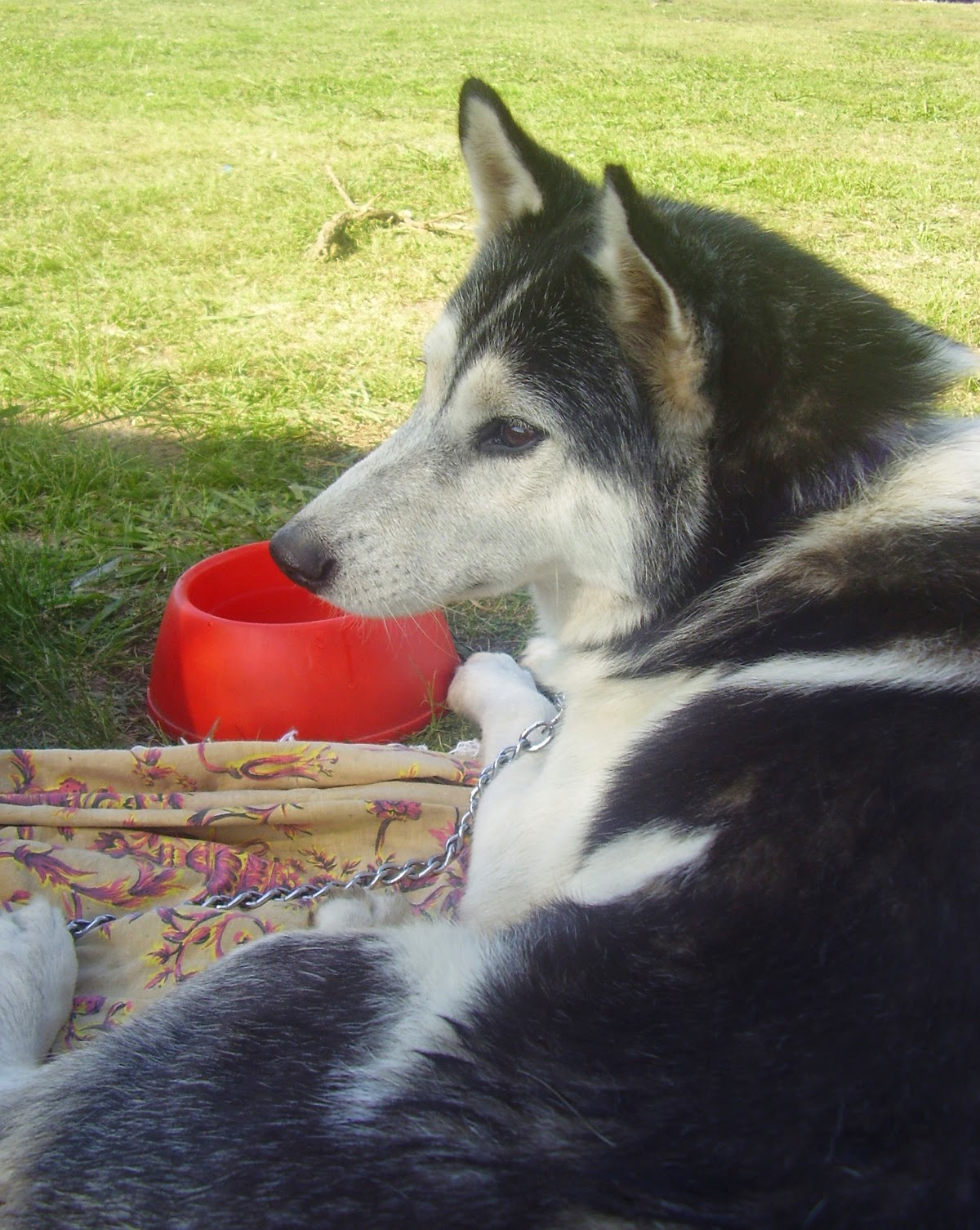 The Siberian husky dog is a very beautiful midsized dog and a very good companion to have. Some people refer to it as my sleeping dog because it sleeps a lot. Its thick coat that comes in a variety of colors and their mostly blue eyes are some of the things that make it a wonderful dog for anyone to own. However, with all these nice features, it is still very important for any person intending to own one to first understand the dog.

History of the dog

Just as the name suggests, this dog originated from Siberia and it is believed that it was first bred by the Chukchi a Siberian nomad tribe. Despite the fact that little is known about the history of this dog, DNA tests done back in 2004 show that it is one of the oldest dog breeds.

In the early 1900’s this dog was imported to Alaska where it was used as a sled dog during the famous gold rush. It was also involved in the 400 mile sweepstakes sled dog race. A few decades later it found its way to North America where it has continued to thrive to this day.

What you need to know about the dog

·    Just like other dogs, the Siberian huskyloves to dig and to chew things and so you should be prepared for the trail of destruction that they will leave behind. If you are a seasoned dog owner this shouldn’t be a problem since you are probably used to it.

·   With this dog you may be tempted to nickname it my sleeping dog since it sleeps a lot. This is especially so when the dog is younger. However, if you keep it active then it shouldn’t sleep that much.

·    If you plan to own this dog, one important thing that you should do is to ensure that your backyard is fenced. This is because this dog has a tendency of running away if they get the opportunity to do so. It is quite independent minded and does what he thinks is good for it and so no amount of whistling or calling will make it come back once it is on the run.

·   If you have a problem with dog hair then you should think twice before getting this dog. Once it starts to shed, there will be hair everywhere and you can do little to stop this. Even if you were to keep it outside the hair will still somehow find its way into your home.

·    The Siberian husky does not make a good guard dog. The first reason for this is that it rarely barks at all. The other reason is that despite its intimidating resemblance to a wolf, this dog is likely to run away from trouble rather than face it.

·    With regards to temperament, this is one of the strongest points with this dog. It is not aggressive at all; it is also very active and outgoing. This dog is very good with kids but they should be socialized when they are both still young as it is a pack animal.