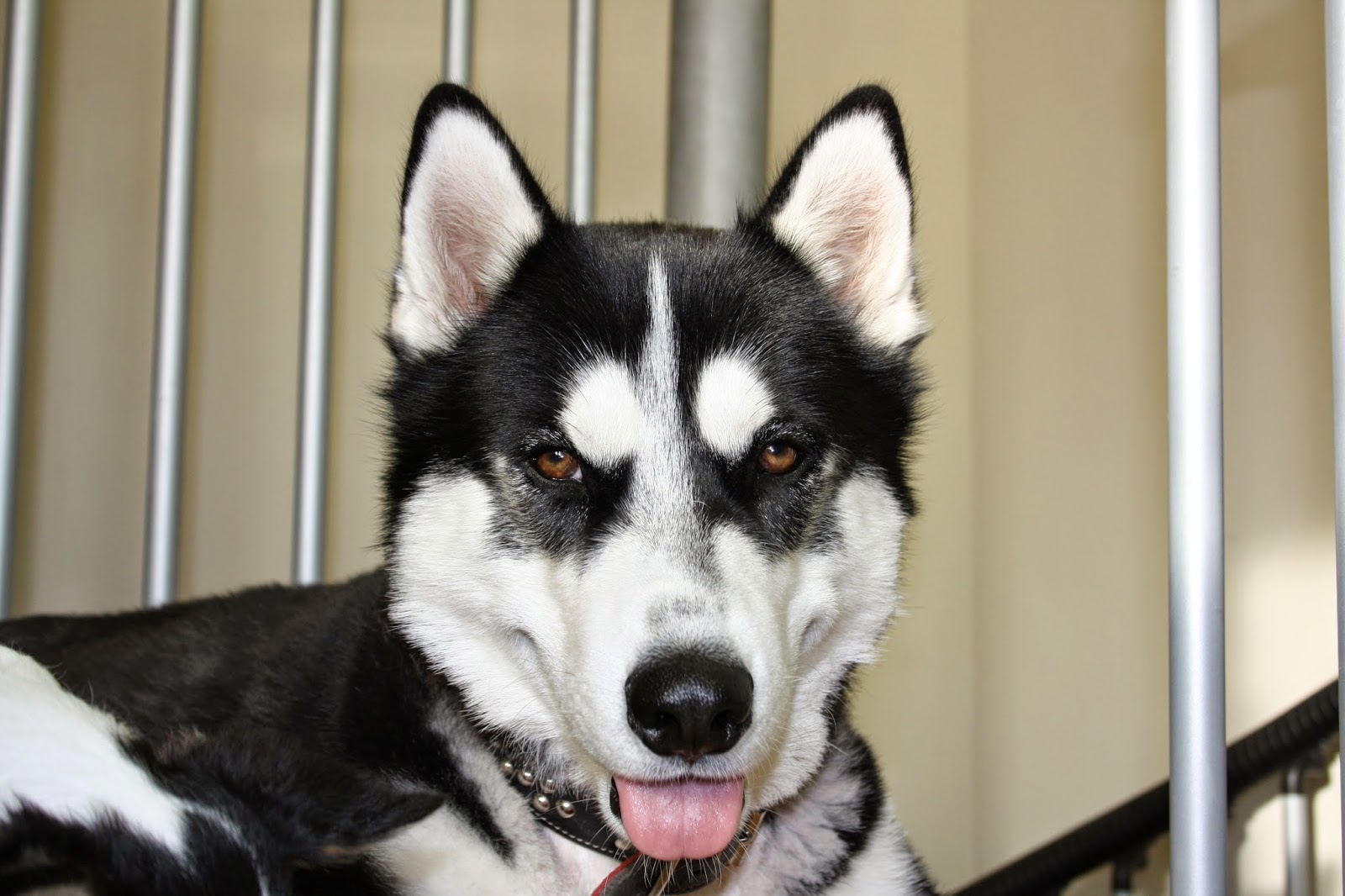 My Siberian husky is seven months old now. He has been with me for 5 months. He is so cute and loving. He knows how to give hugs and kisses. He waits for me by the door every time I step outside. He loves to run and play.

He sits on the sofa and plays with his toys. Sometimes I put YouTube on the laptop and let him listen to other huskies howling and he will start howling with the videos. He is becoming more and more smarter. When you play music he gets super excited and runs around like he is crazy.

My husky loves car rides, if he hears me pick up my car keys he runs to the door and when I take him to the car he jumps into the backseat by himself with out any help. I always crack the windows down a bit in the back so that he can look out and get some fresh air.

He sticks his nose out and enjoys the breeze. He also takes long naps in the car if the air conditioner is on because he loves cold air. He doesn’t distract my driving at all he is so quiet and behaved. I don’t feed my Siberian husky any red meat he only eats chicken. I feed him Puppy Chow. He also does not drink water from the pipe. I only give him bottled water.

If I give him tap water he knows the difference he would not drink it. He would just take a lick and not drink the rest. He is very spoiled as I said. He is also scared of thunder. When there is a thunderstorm and lighting outside my husky hides under the coffee table and howls because he is frightened by the noise. But if it is just drizzling, he likes to run and play with the water drops. 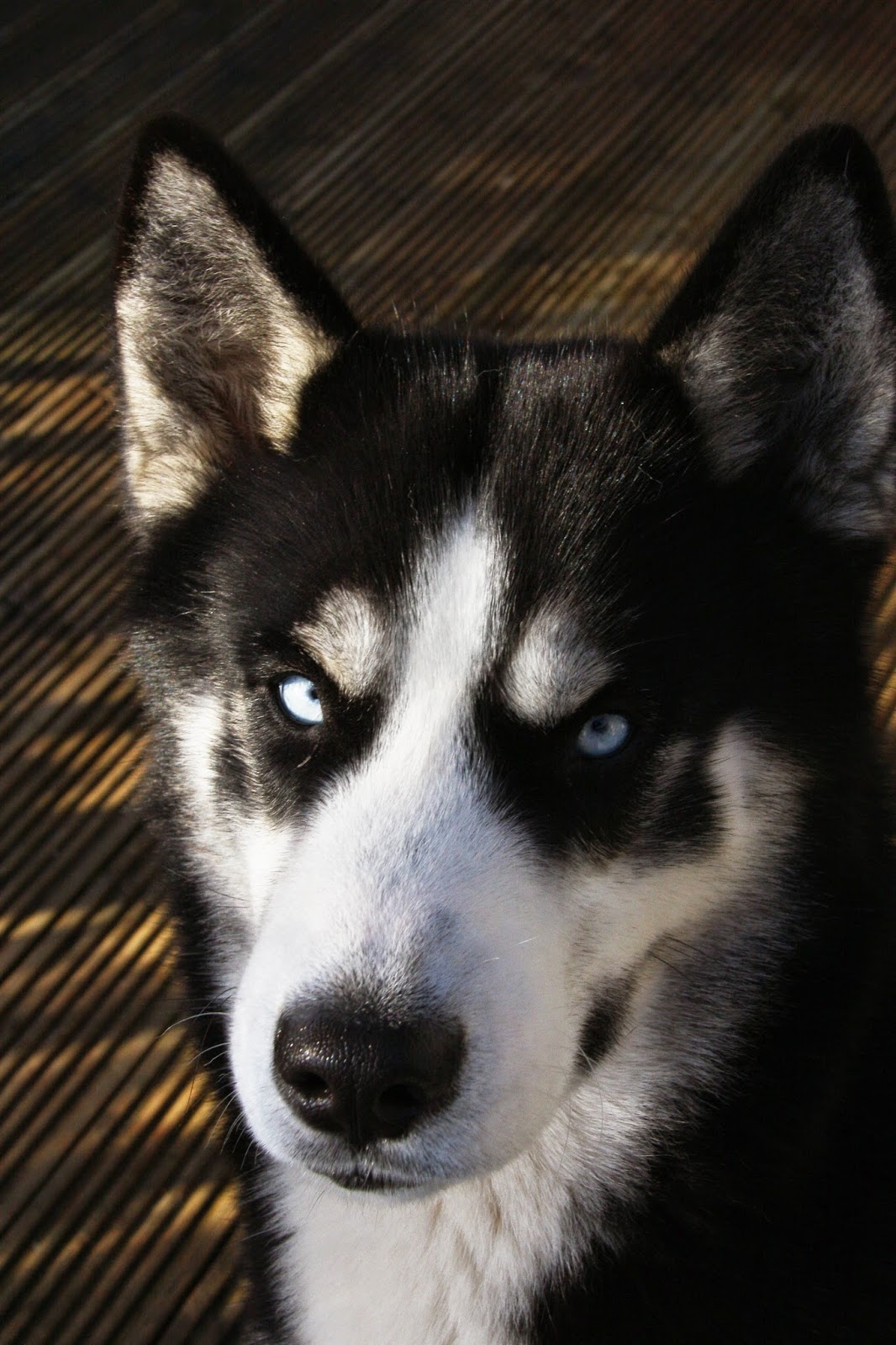 Commonly recognized as sled dogs, the Siberian dog is a rather resilient and husky bred with ties to the Spitz genetic family. It is hairy and doubled furred possessing triangular and pointed ears and has distinctive markings. They are originally native to North-eastern Asia; they were imported to Alaska during the Nome Gold Rush and later spread to America and Canada.

The Siberian dog stands outs as extra ordinary in many aspects. They have an eye condition called heterochromia, whereby the dog has different eye colors. Secondly they can display a snow nose, a condition called hypo-pigmentation. Thirdly they have an expressive tail, used when doing the Siberian swirl; this is when the temperatures are low and the dog curls the tail to cover its nose when sleeping. Finally, the Siberian husky howls rather than barks; acting more like a wolf descendant than a dog’s.

The Siberian husky is a smart working dog. The Chukchi people, who initially owned the bred, used the Siberian husky for a number of duties. They were used for transport, pulling sledges, from one point to another. This has greatly been attributed to their agile physique. They were also used for hunting purposes and looking for lost children; they have a high tracking capability. These attributes have made the bred popular among puppy breeders, who mostly end up with ill breeds slightly similar to the Siberian husky.

They are smart escape artists. Since they are domesticated from the wild, the Siberian husky has a tendency to escape. They break off easily from bondage by chewing, digging or jumping their way out. They also have a tendency to roam, having a preference to a free life than being leashed. Reasons for their escape can be tied to poor living conditions such as high temperatures.

They are smart companions. Being a descendant of the wolf, they have a strong attachment for packs. This is displayed with how they relate to people and other dogs. They will seek out the companion rather than stay alone. This is attached to the fact that packs were and are always stronger than a single individual. 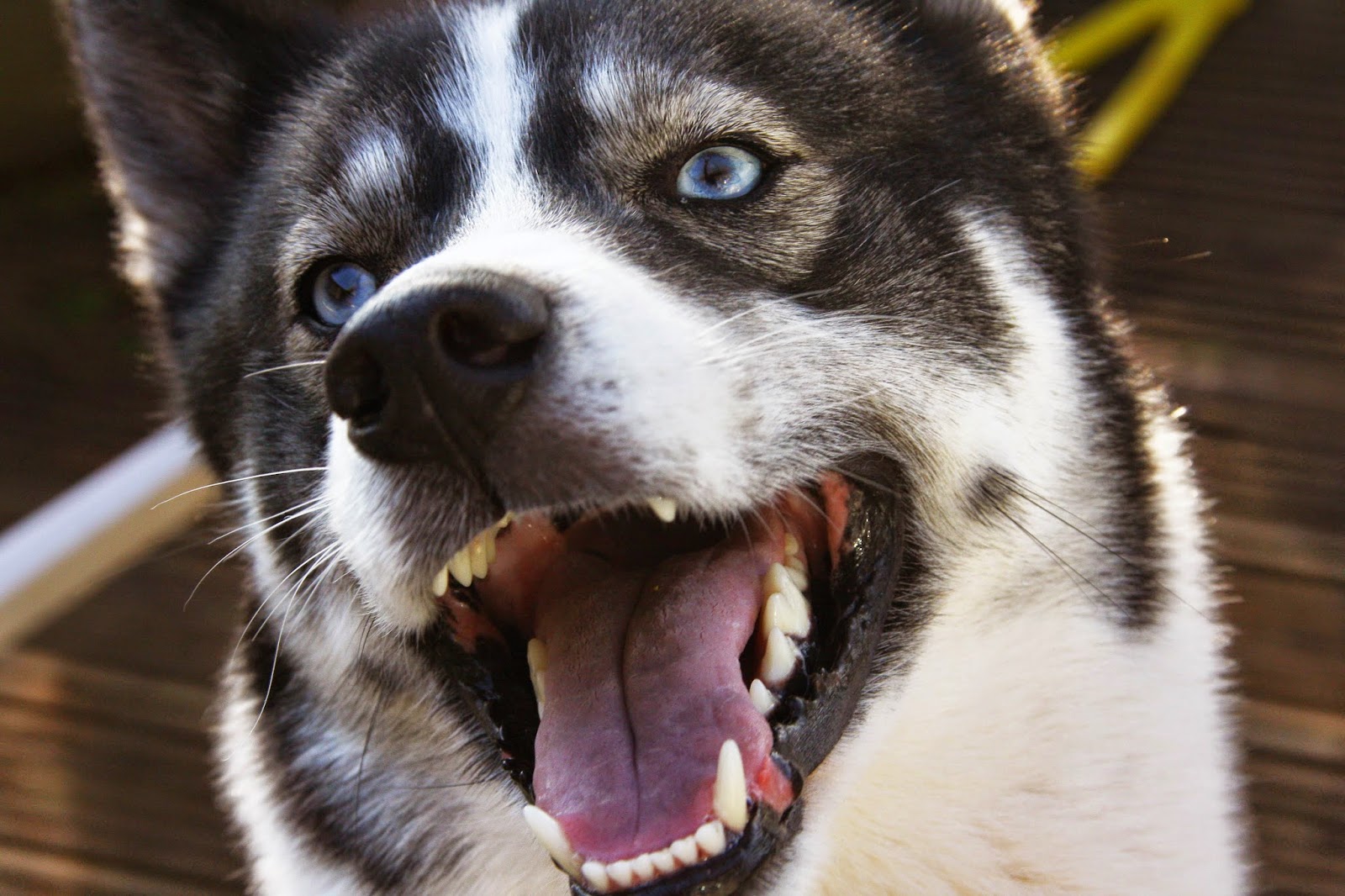 They are smart and perfect pet for children. The Siberian husky is comfortable being kept indoors. Being staggered learners they require constant training, this can be provided by children as they spend more time together. Ironically, for one to train a Siberian husky, resilience is virtue that has to be learned when dealing with this resilient bred. They also would benefit from the obedience training as they sometimes display a contrasting behavior in a class and home environment.

They are smart feeders. The Siberian husky is breed to eat little food. Therefore they are economical to manage compared to the other heavy feeder dogs. This is attributed to the low calorie needs of the bred.

The Siberian husky is a smart shedder. They do not drop large amounts of fur at once. Depending on the climate, the shedding process is either hastened or slowed down. In warmer climates, shedding is full blown on the third week into the process. However in the cooler climate, shedding is slow and less hairs is lost at once.